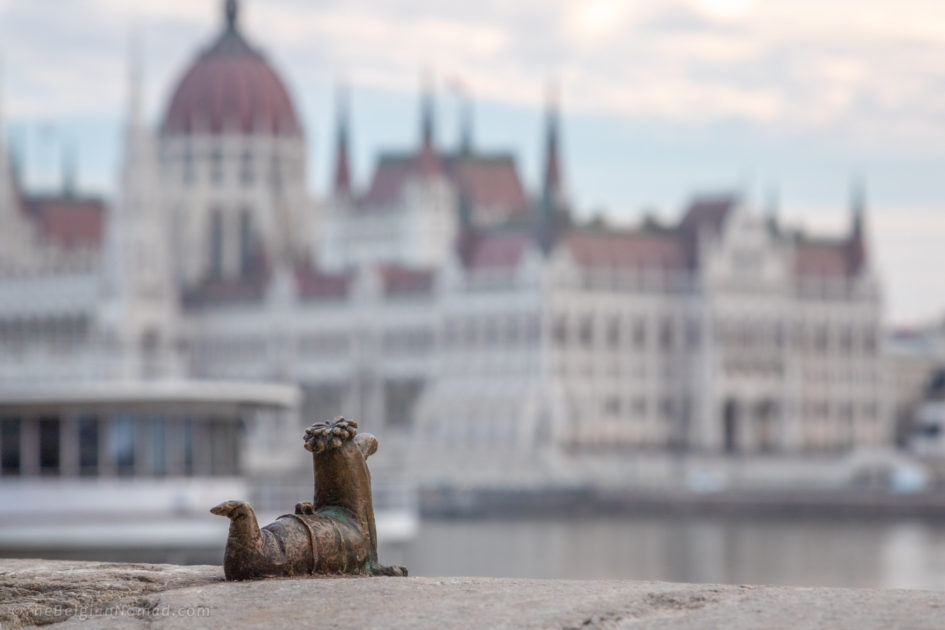 Walking along the Danube river on the opposite side of the Parliament Building in Budapest, Hungary, all that most people can see is the massive Neo-Gothic edifice, one of the world’s most recognizable buildings.

The same is true when you are waiting to cross the street on the crowded sidewalk near the beautiful Dohány Street Synagogue, which is attracting everyone’s attention. Well, except for local residents, who couldn’t care less and just want to get to the other side of the street. There is a little statue of a man standing by his bike.

What you’ll probably miss if you don’t pay very close attention are the tiny statues hidden in plain sight near those famous places, as well as in other locations around Budapest.

They are actually so well “hidden” and little-known that even residents of Budapest don’t necessarily know about them. I’ve talked to a few ones who had absolutely no idea they existed, and no clue whatsoever about what it was when I asked about the first one I had found.

The first such tiny statue to appear overnight in 2016 was a little worm, only about 8 cm (3 in) tall, looking towards the Danube. Not just any random worm, Főkukac is a character from a 1980s Hungarian children’s cartoon (“A nagy Ho-ho-ho horgász”) about a clumsy angler and his worm.

It was created by Ukrainian sculptor Mihajlo Kolodko, who started this guerrilla pop-art project in his home town of Uzhorod, Ukraine.

Besides Kolodko’s statues, a few dozen bronze snails and sparrows, as well as a bronze umbrella, a purse, a wallet, and a skateboard are located on the Széll Kálmán Square. While aesthetically pleasing (some more than others), their main purpose is to prevent people from skateboarding on the concrete elements of the square, such as the low walls surrounding flowerbeds.

Here are the locations of those graffiti.

Have you spotted a new tiny statue? Please contact me.

We leave something of ourselves behind when we leave a place, we stay there, even though we go away. And there are things in us that we can find again only by going back there.