To take a zero, fall into a vortex, and more hiking lingo 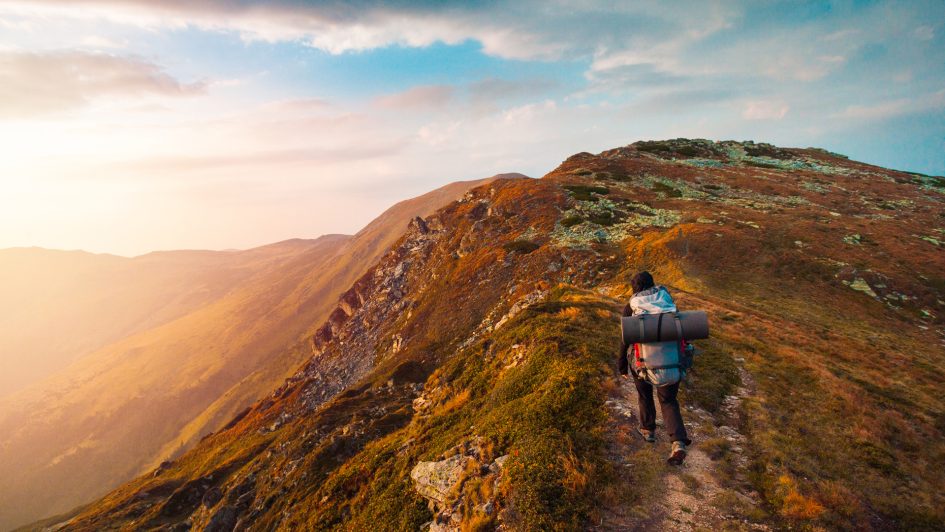 As any other activity, hiking has its own set of words and expressions that are commonly used within the community. You might not understand a phrase such as How often did you zero when thru-hiking the PCT? if you’re not familiar with the vocabulary, so here’s a little introduction to some hiking lingo, in no particular order.

I won’t spend much time explaining the difference between walking, hiking and backpacking here, since there are no definitions that are set in the stone anyway, but will only mention thru-hiking. It too has a somewhat variable meaning depending on whom you ask, but it’s generally acknowledged as hiking a trail from beginning to end in a single season. Hiking a whole trail in sections over a few years is therefore not thru-hiking, nor is skipping parts of it or going from one point to another by any means of transportation other than on foot, for whatever reason.

Speaking of a specific trail, a thru-hiker is thus, quite obviously, someone who is hiking (or has hiked) it from beginning to end according to that definition.

Leaving the trail to go to town to resupply or take a zero (see below) is perfectly acceptable, of course, as long as you start again on the trail where you left it off.

Whether you’re going for a day hike or a 3-months thru-hike, the best advice you can get is: hike your hike.

Do not try to keep pace with others if you’re not fit enough, or if you just want to go slower to take pictures, sit down and enjoy the view or want to look at the flowers alongside the trail. Or go crazy fast if you want to push yourself to the limit.

It’s your experience, do it the way you want it. Hike your hike.

To take a zero

To take a zero, or to zero, is taking a break from hiking. A zero day is therefore a day off. The idea is not to stay as still as a yogi for the whole day, but simply not to hike, i.e. to put 0 miles (or km) towards your destination. If you really want (or need) some more rest, no problem, take 2 or 3 zeros in a row, but be careful not to fall into a vortex (see below).

When you hike on hardened snow and your feet suddenly go through the surface on a softer patch, plunging into the lower, softer snow, you posthole. If you’re lucky, you’ll be snow deep only to your ankles; if you’re not, to your waist. Postholing can make for a very slow, difficult and downright miserable advance.

Trail angels are people, often but not always hikers themselves, who help the hiking community as best as they can. You’ll meet them at trailheads and trail junctions, campsites or in trail towns, where they’ll do their magic: some will hand you water or fresh fruit, others will cook pancakes or burgers for everyone at the campsite or even host you in their nearby homes (return drive included) where you’ll enjoy a comfy bed, hot shower and a homemade meal.

In some locations along very famous trails, you’ll find stashes of gallons of water, some beer and power bars. You’ll probably never meet those angels, but trail magic will be invaluable during a long, exhausting thru-hike.

Hikers are a friendly bunch and trails angels are no exception. They are always more than happy to learn about your experiences on the trail, share theirs and sometimes give you a little advice (or warning) about a section they are familiar with.

If you didn’t believe in magic beforehand, trail angels will make your think twice 😉

Hiking for days or weeks is exhausting and hikers tend to fall asleep very early. Hikers’ midnight is 9:00 P.M., which is not a minute too early when you’ve hiked dozens of miles/km on rough terrain under a scorching sun.

On some trails, such as the Pacific Crest Trail (PCT) on the United States’ West coast, you can find hiker boxes in some locations, either on the side of the trail or in a close-by town where hikers resupply and take zeros. In those boxes, you can sometimes find some food, such as power bars) or even gear that other hikers don’t want or need anymore.

When there is one, always check the hiker box before going to a store to resupply.

Falling into a vortex

A vortex is a whirling mass or place drawing in everything in its vicinity, from which you can’t escape.

Getting back on the trail sometimes requires a good amount of willpower!

A trailhead is the point where a trail begins or ends. Depending on the trail, trailheads may contain rest rooms, maps, sign posts and distribution centers for informational brochures about the trail and its features, and parking areas for vehicles and trailers.

Very long trails (thousands of miles or kilometers) are usually made up of shorter trails, and in that case you could go through multiple trailheads along the way, but generally speaking you’ll only see two of them, at the beginning and end of your hike, provided you hike the whole trail.

Not to be confused with trail junctions, which are simply where different trails cross each other.

Lastly, trails, particularly the most famous ones are often referred to by an abbreviation rather than their full names.

Those are of course too numerous to list, but as examples, the two most famous trails in the United States are the Appalachian Trail (on the East coast) and the Pacific Crest Trail (on the West coast). They are abbreviated AT and PCT, respectively, and PCTers, for instance, are the hikers who are (thru-)hiking, or have hiked, the PCT.

In France and other European countries, some well-known trails don’t have proper, long names but are referred to by their number, preceded by GR (Grande Randonnée in French, or “long hike”). The GR20, for instance, is a very popular one, roughly crossing the island of Corsica from North to South.

The journey itself is my home.