No more Fucking in Austria 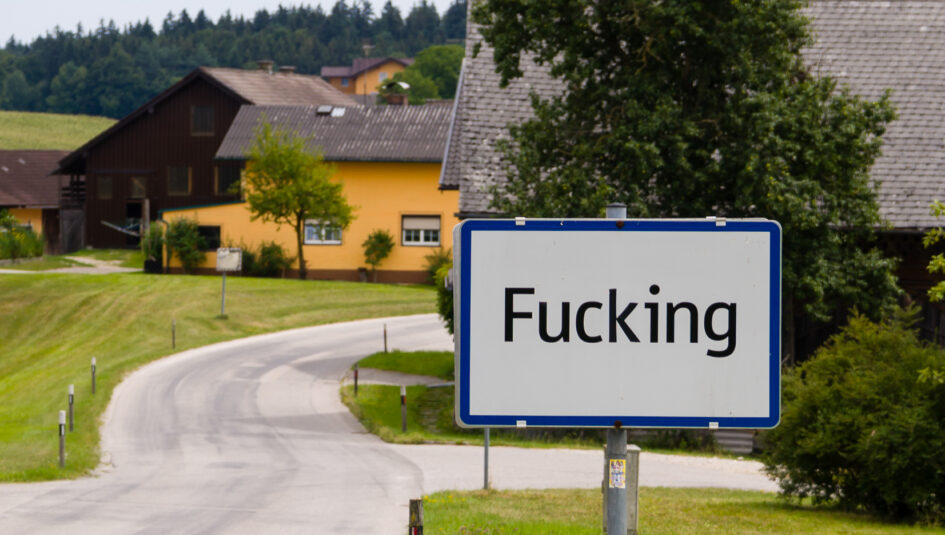 This small Austrian village located 33 km (20 mi) north of Salzburg gained international fame for no other reason than its name. While written as the English word, it is (as expected) pronounced differently in German.

Many tourists have taken pictures besides the traffic signs at the entrances of the village and those signs were regularly stolen and vandalized.

Social media and many reference to it on travel blogs, vlogs and even some TV shows drove more and more people to the village for the sole purpose of taking a selfie alongside the sign. Well, mostly… some people apparently filmed themselves “illustrating” the village name and surveillance cameras had to be installed at the site to discourage that kind of outdoors activity.

Villagers found the whole situation so f***ing annoying that an official name change was finally passed by the local council, effective January 1st, 2021.

After centuries of bearing this name, Fucking is now called Fugging. Locals will have no problem adapting to the name change, though, as it is pronounced the same way.

Do you know of other places with odd names?