Copenhagen: an architectural feast for the eyes 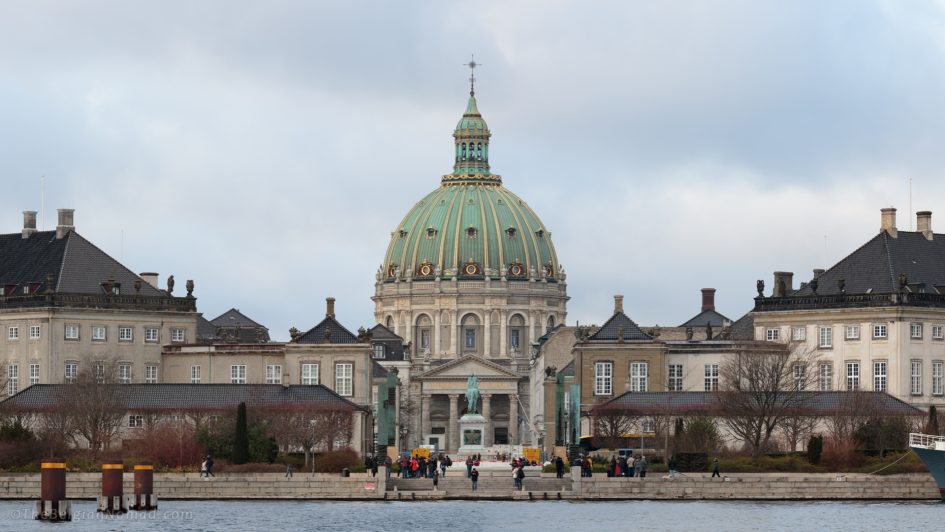 Granted, Copenhagen looks even better in the sun, as pretty much any place on Earth, but its architecture stands out any time of the year.

Anywhere you turn your eyes, they’ll be met with beauty.

The Church of Our Saviour (Vor Frelsers Kirke) is a baroque church in Copenhagen, most famous for its 90m (295 ft)-high helix spire with an external winding staircase that can be climbed to the top, offering extensive views over central Copenhagen. It is also noted for its carillon, which is the largest in northern Europe and plays melodies every hour from 8 am to midnight.

The statue of Frederick VII, King of Denmark from 1848 to 1863, stands on the square in front of the Christiansborg Palace, in Copenhagen.

Christiansborg Palace (Christiansborg Slot) is a palace and government building on the islet of Slotsholmen in central Copenhagen, Denmark. It is the seat of the Danish Parliament (Folketinget), the Danish Prime Minister’s Office, and the Supreme Court of Denmark. Also, several parts of the palace are used by the Danish monarch.

The 106 m (348 ft) high tower is the highest of the city and the access to its viewing platform is free.

Frederik’s Church (Frederiks Kirke), popularly known as The Marble Church (Marmorkirken) for its rococo architecture, was designed by the architect Nicolai Eigtved in 1740 and was along with the rest of Frederiksstaden, a district of Copenhagen, intended to commemorate the 300 years jubilee of the first coronation of a member of the House of Oldenburg.

It has the largest church dome in Scandinavia with a span of 31m (102 ft). The dome rests on 12 columns and the inspiration for this church’s architecture was probably St. Peter’s Basilica in Rome.

The rare glimpse at blue sky is very welcome!

Copenhagen’s Rosenborg Castle is a renaissance castle originally built as a country summerhouse in 1606 and is an example of Christian IV’s many architectural projects.

It was built in the Flemish Renaissance style, typical of Danish buildings during that period, and has been expanded several times until 1624.

Kongens Have (“The King’s Garden”), where the castle is located, is the country’s oldest royal garden.

The botanical garden has 27 glasshouses, the most notable being the old Palm House. Dating from 1874, it is 16 m (52 ft) tall and has narrow, cast-iron spiral stairs leading to a passageway at the top, offering a beautiful view of the garden, as well as the spires and towers of Copenhagen.

The garden itself covers an area of 10 hectares (25 acres) and contains more than 13,000 species. It was first established in 1600 but it was moved twice before being ultimately given its current location in 1870.

Lovers of modern architecture are of course not forgotten. The Opera House (Operaen), located on the island of Holmen in central Copenhagen, is the national opera house of Denmark, and among the most modern opera houses in the world. It is also one of the most expensive ever built with construction costs well over US$500 million.

Not without some controversy, the A.P. Møller and Chastine Mc-Kinney Møller Foundation donated the Opera House to the Danish state in August 2000 (A.P. Møller was a co-founder of the company now known as Mærsk).

To move, to breathe, to fly, to float,
To gain all while you give,
To roam the roads of lands remote,
To travel is to live.